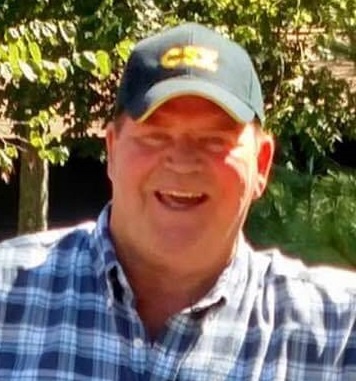 Jim Hall, 67, of Carmi passed away at 7:07 a.m., Friday, August 23, 2019 at his residence. He was born in Carmi, IL on September 15, 1951 the son of Donald L. "Pete" and Mae (Raney) Hall. Jim married Debbie (Meritt) Hall in 1976 and she preceded him in death on November 3, 2018. He graduated from Carmi Township High School in 1969. Jim retired from CSX Railroad where he was a machinist. He attended the First Christian Church. He enjoyed hunting, fishing and farming.

Jim is survived by two sons. Brian (Sarah) Hall, of Boonville, IN and Chris (Janie) Hall, of Shawneetown; his father, Donald "Pete" Hall, of Carmi; brother, Bill (Linda) Hall, of Concord; two sisters, Donna (Don) Reynolds, of Carmi and Rita (Jerry) Brown, of Crossville; four grandchildren, Ethan, Izzy, Shane and Tyler; two great-grandchildren, Kason and Kamden and several nieces and nephews.  He was preceded in death by his wife and his mother. Mae Hall.

To order memorial trees or send flowers to the family in memory of Jim Hall, please visit our flower store.