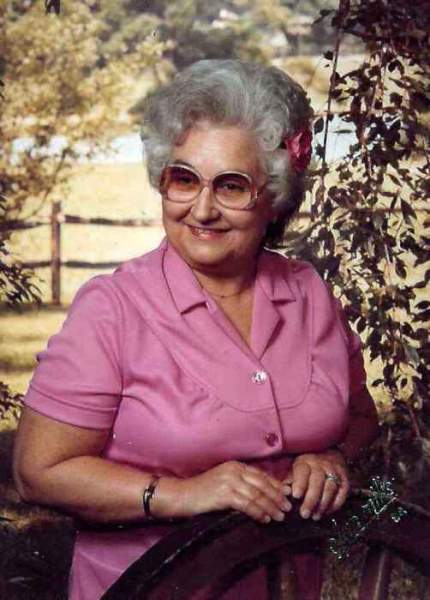 Jessie E. Skates 94 of Carmi passed away Sunday evening December 15, 2019 at Carmi Manor. She was born February 25, 1925 in Carmi, the daughter of Homer and Mary Ellen (Cozart) Yates.

Jessie was a waitress at several Carmi restaurants and retired from 2 Tony’s. She also worked in home healthcare for 10 years.

She is survived by her sons Danny and Dale Skates; several grandchildren, her brother, Roger Yates; sisters, Erma (Donnie) Winkleman and Saundra Bresham. She was preceded in death by her parents, her brothers, Johnnie L. Yates, Homer Yates, and Tony Yates; sisters, Betty Jean Yates and Doris Adams; and son, Martin Lee Skates.

Funeral services will be held at noon on Saturday December 21, 2019 at the Stendeback Family Funeral Home in Carmi with burial at a later date in Kuykendall Cemetery. Visitation will be from 11:30 a.m. until time of services at the Funeral Home. Online condolences may be left at stendebackfamilyfuneralhome.com

To order memorial trees or send flowers to the family in memory of Jessie Skates, please visit our flower store.