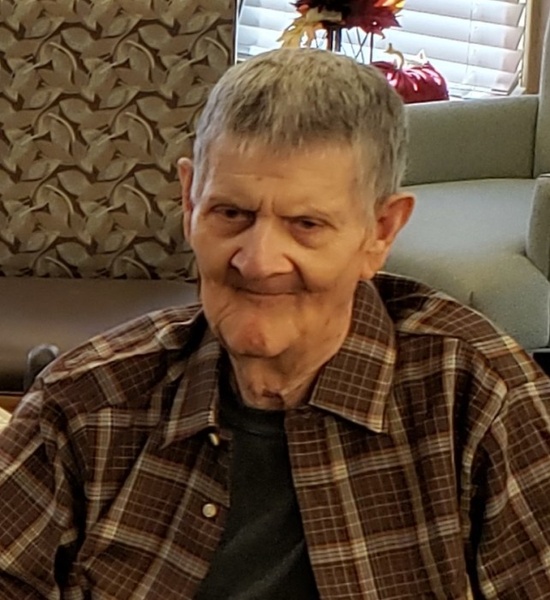 Jesse A. James 90, of Mt. Vernon passed away Friday January 18, 2019 at Mt. Vernon Nursing and Rehab. He was born in Rising Sun Illinois to John Sr and Julie (Huff) James. He married Geneva (McCord) James on September 28, 1968 in Carmi.
Jesse worked in the Oil and Gas business most of his life. Jesse was well known in the Tri-State area as he delivered propane for several years in the area. Jesse also enjoyed fishing and watching baseball games. He was a veteran of the United States Army and served in Korea
He is survived by his Wife, Geneva; Son, Tony James Sr.; Grandchildren, Tony James Jr., and Ashley James; and 3 Great-Grandchildren; Brother Floyd James; Sisters, Sally Riley and Louisa Hart. He was proceeded in death by his Parents; Daughter, Jessie James; Brothers, John James Jr., Billy Don James; Sisters. Catherine Bush, Vera Pyle, Barbara James.
Funeral Services will be held at 1 p.m. on Thursday January 24, 2019 at the Stendeback Family Funeral Home in Mt. Vernon. Burial will be in Marshall Ferry Cemetery in Rising Sun with Military Rites by the Carmi American Legion and V.F.W.. Visitation will be held from 10 a.m. Thursday until service time. Online condolences may be left at stendebackfamilyfuneralhome.com

To plant a beautiful memorial tree in memory of Jesse A. James, please visit our Tree Store.

To order memorial trees or send flowers to the family in memory of Jesse James, please visit our flower store.