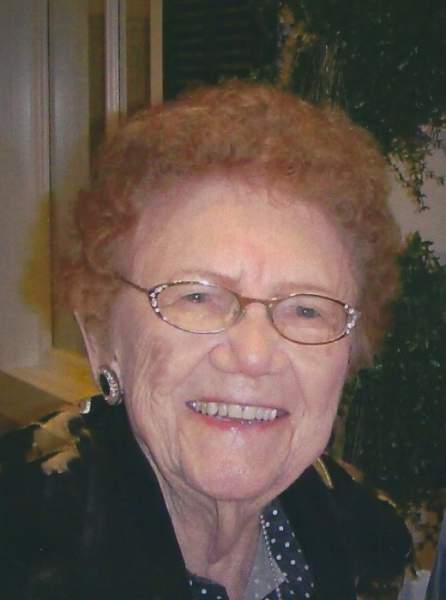 Jeanette A. "Nettie" Crews, 99, of Carmi passed away at 5:26 a.m., Wednesday, August 28, 2019 at St. Vincent Medical Center in Evansville. She was born in White County, IL on September 24, 1919 the daughter of Fred and Rosa Lee (Rankin) Garrett. Nettie married Shel Crews on December 31, 1965 and he preceded her in death on August 12, 2011. She was the secretary at White County Lumber Company and later at Martin and Bayley. Nettie was a member of the First Christian Church and a 50 year member of Eastern Star. She enjoyed playing the piano.

She was preceded in death by her parents, husband, a brother and sister-in-law, Jesse "Dugie" and Helen Garrett; son-in-law, Ron Stocke and step son-in-law, Charlie Barr.

To order memorial trees or send flowers to the family in memory of Jeanette Crews, please visit our flower store.