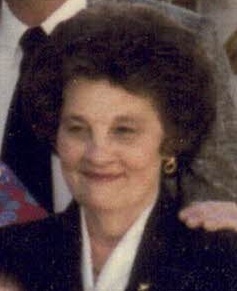 
Janice Kay Hite, 82, of Carmi passed away at 12:45 p.m., Monday, November 16, 2020 at Premier Healthcare of New Harmonie in New Harmony, IN.  She was born August 30, 1938 in Carmi the daughter of Jesse Cleve and Verna Lucille (Wright) Wagner.  Janice married William C. "Bill" Hite on March 26, 1955 and he preceded her in death on April 25, 1990.  Over the years, she had worked at Ainsbrook, Martin and Bayley, Walmart and as a crossing guard for the Carmi White County School District.  Janice was a member of Carmi First Pentecostal Church and the Carmi American Legion and VFW Auxiliary where she served as chaplin.

Janice is survived by her son and daughter-in-law, Larry and Lisa Hite of Carmi; a grandson, Ryan Holtzclaw; and numerous nieces and nephews.  She was preceded in death by her parents, husband; a son, Mike Hite; a daughter, Debra Little; a sister, Peggy Griffith; and two brothers, Gary Lee and Billy Ray Wagner.

A Private family graveside service for Janice Kay Hite, 82, of Carmi will be held in Newman Cemetery near Carmi.  Memorial contributions may be made in Janice's memory to Brownsville School and will be accepted at Campbell Funeral Home in Carmi who is in charge of arrangements.

To order memorial trees or send flowers to the family in memory of Janice Hite, please visit our flower store.