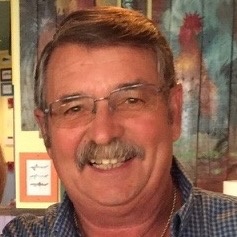 James  Glenn Whitley, 68, of Carmi, passed away on Saturday, January 15, 2022, at Deaconess Gateway Hospital in Newburgh, Indiana.  He was born on January 1, 1954, in Carmi, the son of Glenn and Alice (Chapman) Whitley.  He married Trena Dean Clark on September 1, 1973.  Jim sold cars for several years before starting his own construction business which he ran for 20 years before his retirement in 2017.  He was an avid boater, Nascar enthusiast and enjoyed morning meetings with his coffee buddies.

To order memorial trees or send flowers to the family in memory of James Whitley, please visit our flower store.