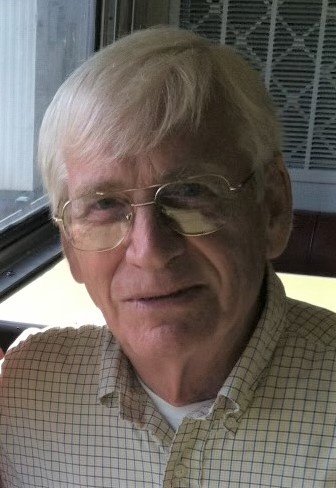 James M. "Jim" Thompson, 74, of Carmi passed away at 6:32 a.m., Thursday, April 1, 2021 at his residence.  He was born on January 22, 1947 in Fort Dodge, Iowa the son of James Matthew and Myra Mae (Haase) Thompson. Jim married Sharon L. Sparks on November 21, 1970.  He served in the U.S. Army during the Vietnam War.  Jim retired after over 30 years of service at Central Supply in Crossville. He was a devoted Catholic and member of St. Polycarp Catholic Church.

A Funeral Mass for James M. "Jim" Thompson, 74, of Carmi will be held at 1:00 p.m., Monday, April 5, 2021 at St. Polycarp Catholic Church in Carmi.  Burial will be in St. Polycarp Catholic Cemetery in Carmi with full military honors by the Carmi American Legion and VFW.  A visitation will be held on Monday from 11:00 a.m. until service time at the church.  Memorial contributions may be made in Jim's memory to one of his favorite food banks including, the Tri-State Food Bank, Evansville Rescue Mission, Our Savior Lutheran Church, Carmi Compassion Center or to the donor's favorite food bank and will be accepted at Campbell Funeral Home in Carmi who is in charge of arrangements.

To order memorial trees or send flowers to the family in memory of James Thompson, please visit our flower store.