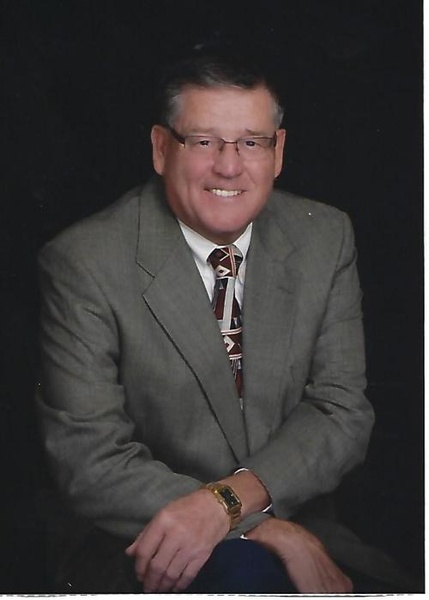 Dan graduated from Crossville High School in 1962. He attended Southern Illinois University and Oakland City College, and received his Bachelor’s Degree from Eastern Illinois University in 1966. Dan received his Master’s Degree from Indiana State in Terre Haute and his Specialist’s and Education Administration Degrees from Southern Illinois University.   He worked his entire career in the Norris City Omaha Enfield School District.  Dan started as an Industrial Arts teacher, later becoming the Grade School Principal, then the High School Principal, before becoming Superintendent. After retirement, Dan worked as an Interim Superintendent in various school districts for a grand total of 40 years.  Dan loved his job as Superintendent and believed in being actively seen within the buildings and classrooms interacting with students and staff.  He often visited each classroom and enjoyed asking the students “How are you?” and the students enthusiastically replying “Super-fantastic!” Dan always put the best interests of the students first and showed respect and value for each employee. He stood by the slogan, “It’s the right thing to do!”  Dan was proud that he played an important role in the Early Retirement Program for teachers. He was also proud to have a part in building the new Norris City-Omaha Grade School of which the gym is named in his honor.

Dan was a member of Ditney Ridge Baptist Church in Norris City. He was a devoted and loving husband, father and grandfather. Dan’s greatest enjoyment in life was raising his children, Derek and Kimberly, and in the most recent years, time spent with his grandchildren, Dylan and Riley. He was the biggest supporter of Dylan and Riley when they were competing in horse shows, following them all over the country. No one could be any prouder of their grandchildren than Dan, and they affectionately called him G-Dan.  He was an avid golfer and was a member of the Carmi Country Club.  He enjoyed traveling, especially to Florida and California, and enjoyed playing cards with friends and family.   Dan also owned and raced Thoroughbred Horses.

To order memorial trees or send flowers to the family in memory of James Price, please visit our flower store.