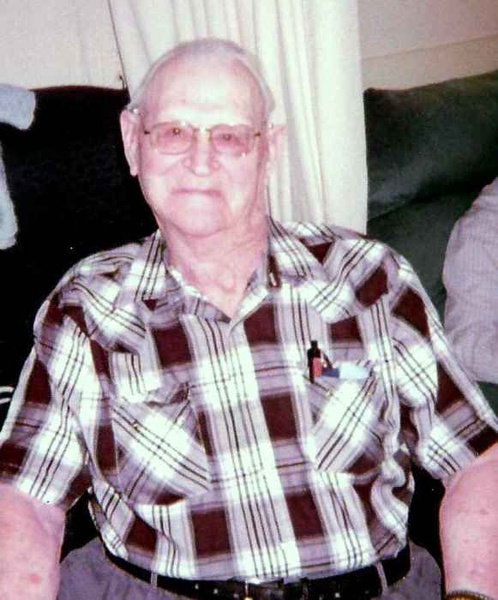 James Claude Lane 95 of Carmi, passed away Friday evening June 8, 2018 at Wabash Christian Village in Carmi. He was born May 19, 1923 in Enfield, the son of James Marshall and Nellie May (Simmons) Lane. He married Thelma Newman in 1941 and she preceded him in death in 1997.

Funeral services will be held at 2 p.m. on Tuesday June 12, 2018 at the Enfield General Baptist Church with Rev. Dan Atkinson officiating. Burial will be in Little Zion Cemetery. Visitation will be from Noon until service time on Tuesday at the Church. Graveside Military rites will be conducted by the Carmi American Legion and V.F.W. In lieu of flowers, memorials are suggested to the Enfield General Baptist Church or Wabash Christian Village. The Stendeback Family Funeral Home in Enfield is in charge of arrangements. Online condolences may be left at stendebackfamilyfuneralhome.com

To order memorial trees or send flowers to the family in memory of James Lane, please visit our flower store.