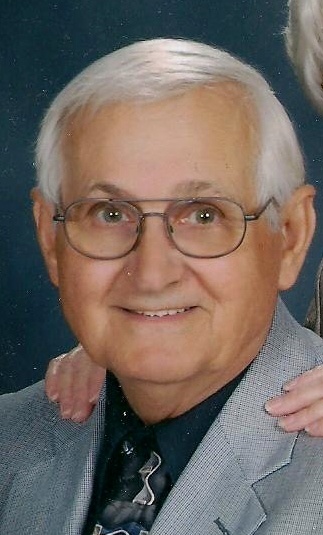 James “Clinton” Johnson, 80, of Enfield, passed away Tuesday, December 01, 2020 at St. Vincent Hospital in Evansville. He was born February 18, 1940 in Enfield, the son of Elijah and Maidy “Opal” (Hayes) Johnson. He married Sharon Neaville on September 21, 1963 at the Enfield Christian Church.

Clinton worked at Whirlpool in assembly and later became an inspector. He also enjoyed being a ham radio operator. He was a lifelong member of the Enfield Christian Church.

Private funeral services will be held at 11 a.m. on Friday, December 11, 2020 at the Enfield Christian Church with Rod Marlow officiating. A public graveside service will be held at the Enfield Cemetery beginning at approximately 11:30 a.m.  In lieu of flowers, the family has requested memorials be made in Clinton’s memory to the Enfield Christian Church, St. Jude’s Children’s Research Hospital or Shriners Hospitals for Children. These memorials can be sent to Stendeback Family Funeral Home at 200 S. Walnut Street, Carmi, IL 62821. Online condolences may be left at stendebackfamilyfuneralhome.com. The Stendeback Family Funeral Home in Carmi is in charge of arrangements.

To order memorial trees or send flowers to the family in memory of James Johnson, please visit our flower store.