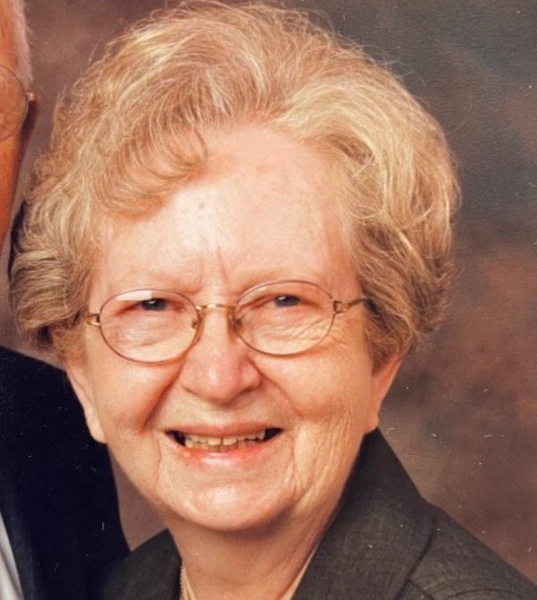 Iva Mae Morill, 92, of Carmi passed away at 8:15 a.m., Monday, September 6, 2021 at Wabash Christian Village in Carmi. She was born on March 21, 1929 in Carmi the daughter of Earl Wilburn and Florence Callie (McIntosh) McCluskey. Iva married John Henry Morrill on April 21, 1945 and he preceded her in death on April 9, 2012. Iva worked in dietary at the Carmi Hospital and Skilled Care Unit, and in the kitchen at Washington School. She was a member of Burnt Prairie Congregational Christian Church and enjoyed square dancing.

Iva is survived by her children, Carol Sue (Joe) Ballard of Denham Springs, LA and Henry (Vicky) Morrill of Carmi; four grandchildren, seven great-grandchildren and one great-great grandchild. She was preceded in death by her parents, husband, two sisters, Mildred McCluskey and Wilma Storey; and two brothers, Harold Wayne McCluskey and Wilburn McCluskey.

Graveside funeral services and burial for Iva Mae Morrill, 92 of Carmi will be held at 11:00 a.m., Thursday, September 9, 2021 in Maple Ridge Cemetery in Carmi. Memorial contributions may be made in Iva's memory to Brownsville School and will be accepted at Stendeback Funeral Home in Carmi who is in charge of arrangements.

To send flowers to the family or plant a tree in memory of Iva Mae (McCluskey) Morrill, please visit our floral store.

To order memorial trees or send flowers to the family in memory of Iva Mae McCluskey Morrill, please visit our flower store.