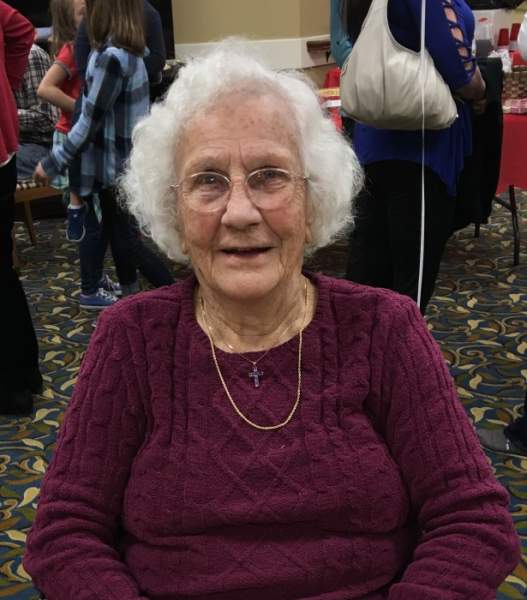 Iva Dorris Chastain, 97, of Madison, AL, formerly of Carmi, IL, went to be with the Lord Friday, August 30, 2019, at Heritage Assisted Living in Madison, AL.  She was born in Emma Township, IL, on February 15, 1922, the daughter of Casper Henry and Mary Jane (Curtis) Marlin.  Dorris married Lester Lionel Chastain on January 13, 1940, and he preceded her in death on December 20, 2007.  She was a homemaker and enjoyed gardening and quilting.  Her family was her life. It was a priority of hers to have a home that could host anyone who wanted or needed a place to stay.  People felt the warmness of her home and were made to feel special when they arrived to find that she had prepared their favorite dish or dessert.  For many years, she and our daddy also enjoyed having Bible studies meet in their home on a weekly basis.

Dorris is survived by 3 daughters, Judi ( Robert ) Randolph of Winter Haven, FL, Stephanie ( Jay ) Nordyke of Birmingham, AL, and Jacque ( Scott ) Denny of Huntsville, AL, sister, Mary Jane “Sue” Snyder of Evansville, IN, 10 grandchildren, 14 great grandchildren and 1 great great grandchild.  She was preceded in death by her parents, her husband, and a son, Samuel Marlin Chastain, and a sister, Frances Englebright.

The family would like to extend a special thank you to all the staff at Heritage Assisted Living for loving our mother well for almost 4 years.  In addition, we would also like to thank Kindred Hospice for their tender care in her last months.

Graveside funeral and burial services will be held at 3:00 pm, Saturday, September 7, 2019, at Big Prairie Cemetery in Carmi, IL, under the direction of Campbell Funeral Home in Carmi.

In lieu of flowers, contributions may be made in Dorris’ memory to Downtown Rescue Mission in Huntsville, AL, or the Billy Graham Evangelistic Association or Kindred Hospice in Huntsville, AL and will be accepted at Campbell Funeral Home in Carmi.

To order memorial trees or send flowers to the family in memory of Iva Chastain, please visit our flower store.