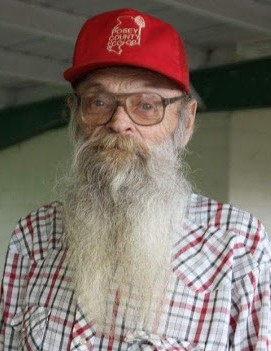 Harold Wayne “Grandpa” Kester Sr.,78, of Mt. Vernon passed away at his residence on June 2, 2019. Wayne was born on March 25, 1941 to Wendalenous & Grace (Heath) Kester in Mt. Vernon. Wayne married his wife Martha (Stallings) Kester on October 1, 1959 in Carmi and she precedes him in death.

Wayne is preceded in death by his wife, Martha; daughter, Christina S. Kester; and sisters, Joyce Easterling and Margorie Cox.

Wayne was a veteran of the United States Army enlisting two times and retired from the Army after 20 years of service. Wayne then went to work at the Posey County Co-Op driving spreader trucks for several years. Wayne enjoyed spending time with his grandchildren and tending to his garden and roses.

A private service will be held on a later date. Stendeback Family Funeral Home is overseeing the arrangements. Online condolences may be left at stendebackfamilyfuneralhome.com

To order memorial trees or send flowers to the family in memory of H. Wayne "Grandpa" Kester, please visit our flower store.