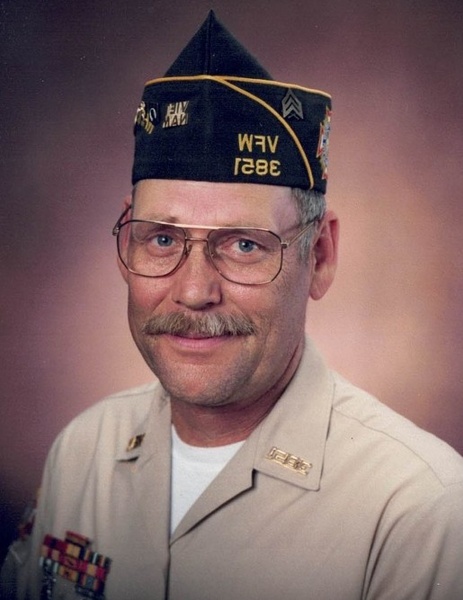 Henry Leon Duvall, 75, of Carmi, passed away at 10:51 p.m., February 21, 2021. He was born on July 29, 1945, in Omaha, IL, the son of Clint Edward and Cleta Fern (Lowery) Duvall. On December 9, 1967 He married Theresa Louise McMinn in Carmi and she survives. Together the shared over fifty-three years of marriage. Leon proudly served in the United States Marine Corps and served during Vietnam.  He worked as a truck driver for Ryder Dedicated Logistics in Evansville.  Leon was Past Commander for the White County VFW Post 3581 and a member of the Carmi American Legion Post 224.  He enjoyed hunting and fishing, being outdoors and spending time with family and friends.

In addition to his wife, Leon is survived by, a son, Robert B. (Misty) Duvall of Crossville, IL.; a daughter Sandra K. Siegel of Evansville, IN.; seven grandchildren, Caleb J. Cushman of Norris City, IL., Christopher H. Siegel of Dallas, TX., Nicholas R. Duvall of Norris City, IL., Evan T. Siegel of Evansville, IN., Kailynn, Laiken and Hailee Castro of Clarksville, TN.; siblings, Gary E. Duvall of St. Louis, MO, Wesley F. Evans of Carmi, Mark I. (Marie) Evans of Carmi and Victoria (Lonnie) Price of Carmi. Other survivors include a brother-in-law, MIke McMinn of Evansville, IN, Charles L. Siegel, father of Chris and Evan; Bonus daughter Sandra G. Rider of Montgomery, AL.; and a bonus grandson, Tanner D. Lewis of Evansville, IN.  He was preceded in death by his parents, a brother, Larry Duvall and sisters-in-law, Carolyn Evans and Margaret Duvall.

Funeral Services for Henry Leon Duvall, 75, of Carmi will be held at 1:00 p.m. on Saturday, February 27, 2021, at Campbell Funeral Home in Carmi. Burial will be in Newman Cemetery near Carmi with full military honors by the Carmi American Legion and VFW. Visitation will be held on Saturday form 10:30 a.m. until the time of service at the funeral home. In accordance with CDC and IDPH regulations, social distancing will be observed and wearing masks will be req uired.

To order memorial trees or send flowers to the family in memory of Henry Duvall, please visit our flower store.