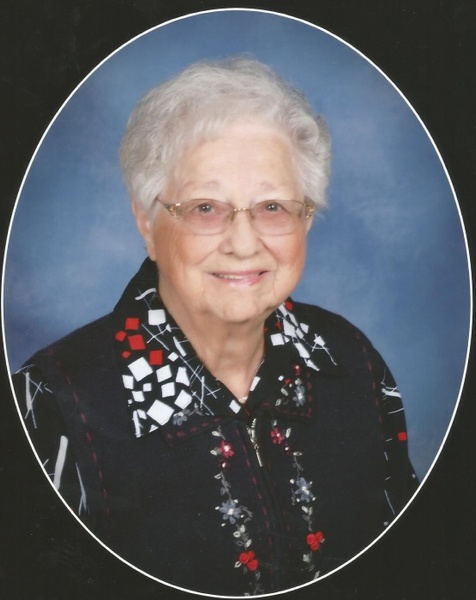 Helen Elizabeth Garrett, 91, of Carmi, passed away at 7:53 p.m., Thursday, December 20, 2018 at Wabash Christian Village. She was born in Harrisburg, IL, December 23, 1926 the daughter of Edward and Bertha (Basinger) Boatright. Helen married Jesse "Dugie" Garrett on August 14, 1945 and he preceded her in death on December 9, 2001. Helen graduated from Enfield High School in 1944. She worked as a secretary at FS in Springerton and also the grain elevator in Springerton. Helen enjoyed quilting and crocheting and was a member of the Women's Guild at St. Polycarp.

A Funeral Mass for Helen Garrett, 91, of Carmi, will be held at 1:00 p.m., Saturday, December 22, 2018 at St. Polycarp Catholic Church in Carmi. Burial will be in St. Patrick's Catholic Cemetery in Enfield, IL. Visitation will be Saturday, December 22, 2018 from 11:00 a.m. until service time at 1:00 p.m. at St. Polycarp Catholic Church. In lieu of flowers, memorial contributions may be made in Helen's memory to St. Polycarp Women's Guild or Wabash Christian Village-Chapel and will be accepted at Campbell Funeral Home who is in charge of arrangements.

To order memorial trees or send flowers to the family in memory of Helen Garrett, please visit our flower store.