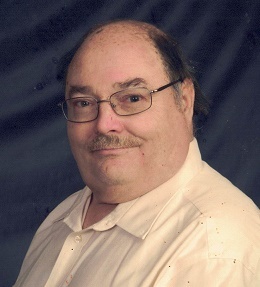 Hayward "Wayne" McCluskey, 65, of Carmi, Illinois went to be with the Lord on Monday, December 7 2020. Wayne was born in Carmi, Illinois to the late Hayward and Ruby McCluskey. He married Kimberly McKinney on June 7, 1981, who preceded him in death on April 11, 1995.  Wayne married Cindy Anderson on October 17, 1998 and they were married  for 17 years. Wayne started out working in the oil fields, and then went to work as a Department Manager of sporting goods at Walmart in Carmi.  Wayne worked for Walmart for over 25 years.  He was a proud member of the First United Methodist Church in Carmi.  He served as a custodian for many years, was an usher and a vital part of the Men's Breakfast Ministry.  Wayne was a loyal member of the Lions Club of Carmi for twenty years.  His passion was coaching baseball and he served on the board of the Carmi Summer League.  The last few years of his life, Wayne volunteered at the White County Senior Center.  Wayne was well known in the community for his big heart and caring for others.  Wayne loved sports, including football, golf and of course baseball since he was an avid Cardinals Fan.

Graveside services and burial for Hayward "Wayne" McCluskey will be held at 2:00 p.m. on Friday December 11, 2020 at White County Memorial Garden in Carmi. Friends may gather at the cemetery from 1:00 p.m. till time of service.  In lieu of flowers, contributions can be made in Wayne's memory to  White County Senior Citizens Center, Carmi Lions Club, First United Methodist Church, or to Campbell Funeral Home to assist with funeral expenses and will be accepted at Campbell Funeral Home in Carmi who is in charge of arrangements. In accordance with recommendations from the CDC and IDPH social distancing will be observed and masks will be required.

To order memorial trees or send flowers to the family in memory of Hayward McCluskey, please visit our flower store.