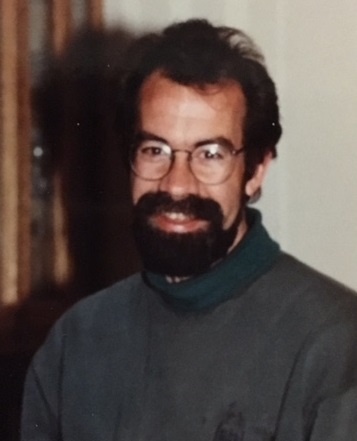 Harry J. Fey died on September 25, 2018. He was 67. Harry spent his earliest years in Carmi growing up in a small house on Herbert Avenue where he lived with his grandparents, his Aunt Bobo, his mom, his sister and two brothers.

Harry enlisted in the US Army. After graduating boot camp, Harry was honorably discharged when the Army could not meet their contractual obligations for Harry’s choice of career - photography. Who knew he was colorblind?

In 1984 Harry moved to northern California, eventually making his way to Los Angeles where he worked for the Los Angeles Times photo library. He moved back to Carmi a few years later where he worked a variety of jobs, continued to take photographs, enjoyed riding his bike while he was able, and loved his cats, Mr. Fellini and Sunny.

Throughout his life, Harry was connected to Carmi’s faith community, attending The Nazarene Church and United Methodist Church as a young boy. Harry was an active member of the United Presbyterian Church Youth group, traveling the country in the summertime with other ‘Presby’ teens in service work to church communities in Appalachia, Cincinnati and Santa Fe.  When he returned to Carmi as an adult, Harry even gave the Baptists a try. But he found his home at the First United Methodist Church where he was welcomed with an open door, open arms, and many friendly cups of coffee.
Harry volunteered at the Methodist Church as an usher and he served refreshments to children at the Wednesday After School Program.  Seeking to improve his well-being physically, mentally and spiritually, Harry participated in the church’s ‘Daniel Plan’, a healthy lifestyle program.

Harry is survived by a sister Lesley Coovelis and two brothers, Barry Fey and Frank Fey. He was preceded in death by his mother, Susan Martin Fey and his grandparents, Frank J. and Minnie May Martin

A memorial service for Harry J. Fey, III, will be held at 1:00 p.m., Saturday, November 3, 2018 at the First United Methodist Church in Carmi. In remembrance of Harry, his family asks that you help others in your community. For a hot meal every day - Please donate to the White County Senior Citizens Center. For easing the loneliness and isolation of others -visit someone who lives alone (bring something good to eat!) or enjoy a good cup of coffee with a friend - or buy one for a stranger. Campbell Funeral Home in Carmi is in charge of arrangements.

To order memorial trees or send flowers to the family in memory of Harry Fey, III, please visit our flower store.