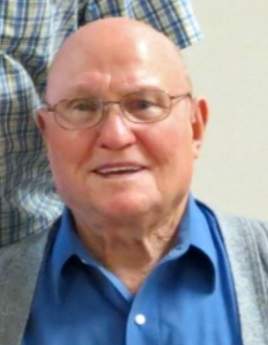 Harrell Eugene O'Neal, 94, of Carmi, passed away on Tuesday, July 13, 2021, at Ferrell Hospital in Eldorado, Illinois.  He was born on October 10, 1926, the son of Dillard and Opal (Bryant) O'Neal.  Gene proudly served his country in the United States Army during World War II. He married Patsy  Williams in 1999.  Gene worked as a concrete finisher in the construction industry.  He was a Deacon and a Sunday School teacher at the First Baptist Church in Carmi.  Gene was a life member of the VFW.  He enjoyed fishing and spending time with his family and friends.

Graveside services for Harrell Eugene O'Neal will be held at 3:00 p.m. on Thursday July 15, 2021 at Plainview Cemetery in Norris City.  Contributions can be made in Gene's memory to the Baptist Children's Home in Carmi, and will be accepted at Campbell Funeral Home in Carmi, who is in charge of arrangements.

To order memorial trees or send flowers to the family in memory of Harrell O'Neal, please visit our flower store.