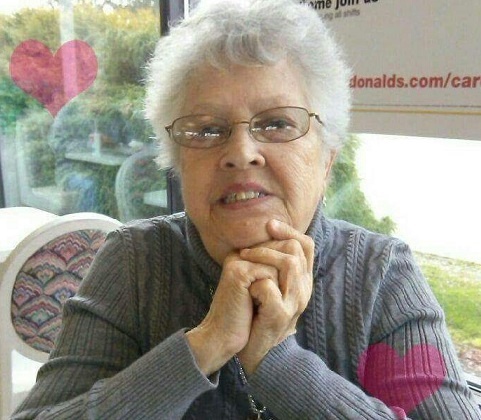 
Hallie Eileen Koeberlein, 85, of Omaha passed away on Wednesday, April 20, 2022 at Ferrell Hospital in Eldorado, IL.  She was born in Shawneetown, IL on February 25, 1937 the daughter of Everett and Elizabeth Faye (Pritchard) Maynard.  Hallie was a homemaker and had worked in a factory.  She was a member of New Hope General Baptist Church in Ridgway. Hallie loved to work in the garden and tend to her flowers, enjoyed fishing and baseball games, especially the St. Louis Cardinals.

She was preceded in death by her parents, the love of her life, Wayne Stanley and 10 brothers and sisters, Donnie, Bobby, Susanna, Talitha Jean,  Bill, David, Clyde, Max, Herbert Eugene, and Larry Dale.

To order memorial trees or send flowers to the family in memory of Hallie Koeberlein, please visit our flower store.