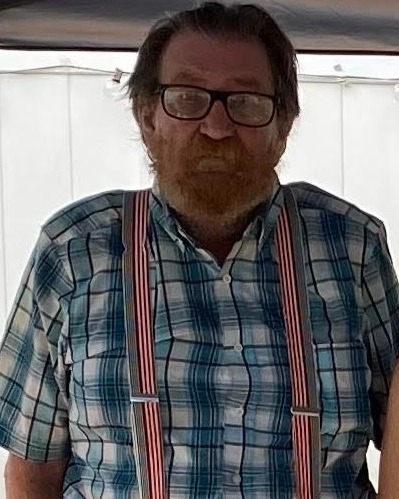 George Tidwell, 73, of Norris City, passed away on Wednesday, November 9, 2022, at St. Vincent Hospital in Evansville, Indiana.  He was born on August 27, 1949, the son of Carley Franklin and Myrtle B. (Jenkins) Tidwell.  George married Virginia Lee Young on August 27, 1972, and she survives.  He proudly served his country in the United States Marine Corps during the Vietnam War. George worked as a welder for CSX Railroad Company for 42 years. He was a member of the Harrisburg American Legion.  George enjoyed woodworking, fishing and camping. Most of all, he enjoyed spending time with family and friends.

In addition to his wife, Virgina Tidwell, George is survived by his son, Kelly Tidwell of Delaplain, VA; siblings, Alice Ashley of Normal, IL, Linda Harrelson of Norris City, IL, and Carol Smith of Norris City, IL; and numerous nieces and nephews.  He is preceded in death by his parents; and siblings, Robert Tidwell,  Nora Durbin, Walter Tidewell, Frank Tidwell, Rosie Willis, and Richard Tidwell.

A graveside memorial service for George Tidwell will be held at 1:00 p.m. on Saturday, November 19, 2022, at Powell Cemetery in Norris City, Illinois.  In lieu of flowers, contributions can be made in George's memory directly to the family and will be accepted at Campbell Funeral Home in Norris City, who is in charge of arrangements.

To order memorial trees or send flowers to the family in memory of George Leslie Tidwell, please visit our flower store.