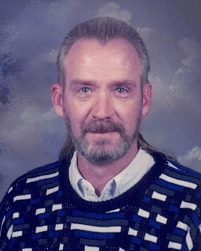 Gene Sexton, 69, of Enfield, passed away on Sunday January 3, 2021, at Ferrell Hospital in Eldorado, IL.  He was born on March 14, 1951, the son of Gerald and Norma (Markham) Sexton. Gene married Jerri L. Fiyalko on December 29, 1995 and she preceded him in death on November 18, 2007.  He enjoyed spending time outside. He also spent time at the American Legion in Norris City, as well as the Elks and The Moose. Gene enjoyed volunteering with the Meanies, motorcylce club.

Gene is survived by his daughter Emily Sexton; a brother Darrell Sexton; his sister, Linda Sue Gilbert and three grandchildren, Miranda, Elijah, and Kori Sexton. He was preceded in death by his parents and his wife Jerri (Fiyalko) Sexton.

In keeping with Gene's wishes, no services will be held. In lieu of flowers, contributions can be made in Gene's memory to the Norris City American Legion and will be accepted at Campbell Funeral Home in Carmi who is in charge of arrangements.

To order memorial trees or send flowers to the family in memory of Gene Sexton, please visit our flower store.