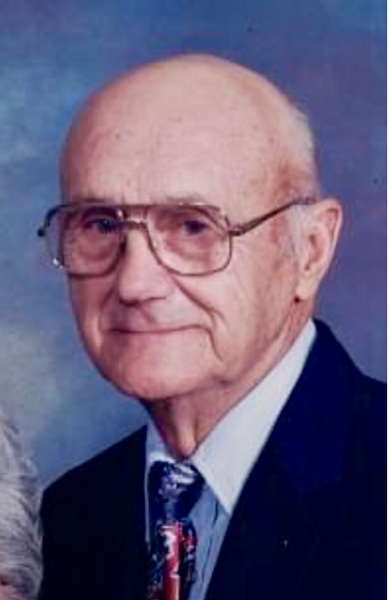 Garrett F. South of Enfield passed away Thursday morning, October 31, 2019 at Hamilton Memorial Hospital in McLeansboro. He was born June 5, 1926 in Enfield, the son of Ray Daniel and Mamie (Garrett) South. He married Dorothy Jean Cushman on August 31, 1946 and she survives.

Garrett served in the United States Army and was in the Korean War. He farmed most of his life. He enjoyed fishing and hunting, especially quail and squirrels. He was a lifelong member of the Carmi V.F.W. and a member of the Farm Bureau.

In addition to his wife, Dorothy, Garrett is survived by his brother, Carroll (Dixie) South of Enfield and a sister, and Phyllis Sanders of Norris City; and many nieces and nephews. He was preceded in death by his infant daughter, Linda Lou; brother, Doyle South; sisters; Emogene Thomas, Dorothy York and Helen South.

Funeral services will be held at 11 a.m. on Monday November 4, 2019 at the Stendeback Family Funeral Home in Enfield with Ron Lamp officiating. Burial will be in Little Zion Cemetery. Visitation will be held from 3-6 p.m. on Sunday at the funeral home. Military graveside rites will be conducted by the Carmi American Legion and V.F.W. Memorials are suggested for the upkeep of Mill Shoals Township Cemeteries.  Online condolences can be made at stendebackfamilyfuneralhome.com

To order memorial trees or send flowers to the family in memory of Garrett South, please visit our flower store.