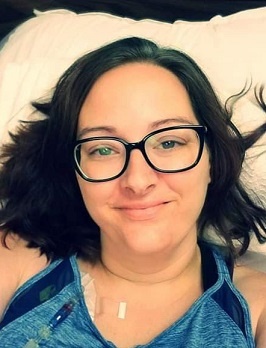 Felicia Joann Rumsey, 39, of Carmi, passed away on Friday March 19, 2021. She was born on December 8, 1981 the daughter of Robert and Carolyn (Oliver) Stanton.  Felicia married D.J. Rumsey on February 25, 2006.  She worked as a Junior High teacher for the Carmi White County School District.  Felicia loved teaching. She loved reading, all things Harry Potter and hanging out and spending time with her friends.

A Celebration of  Life will be held for Felicia Joann Rumsey from 12:00 p.m. to 4:00 p.m. on Saturday April 3, 2021, at shelter 4, at Burrell's Woods in Carmi. In lieu of flowers, contributions can be made to the D.J. Rumsey's Felicia's Memorial  Account at First Bank in Carmi to assist the family with medical expenses, and will be accepted at Campbell Funeral Home in Carmi who is in charge of arrangements.

To order memorial trees or send flowers to the family in memory of Felicia Rumsey, please visit our flower store.