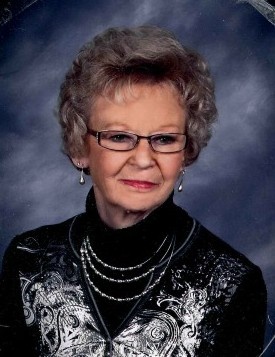 Elizabeth Ann Trefftzs 80 of Carmi, passed away Saturday November 17, 2018 at Wabash Christian Village in Carmi. She was born February 24, 1938 in Coulterville, IL the daughter of William Glenn and Anna Margaret (Cairns) Boyd. She married Paul L. Trefftzs on August 2, 1958 in Coulterville and he preceded her in death on January 8, 2000.

Ann along with her husband Paul owned and operated Kittinger-Fair Funeral Home. She was very community minded and was a member of the First Christian Church in Carmi.

Funeral services will be held at 11 a.m. on Saturday November 24, 2018 at the Stendeback Family Funeral Home in Carmi with burial in North Maple Ridge Cemetery. Visitation will be held from 6-8 p.m. on Friday at the funeral home. Memorials are suggested to the First Christian Church or St. Jude Children’s Research Hospital in care of the funeral home. Online condolences may be left at stendebackfamilyfuneralhome.com

To order memorial trees or send flowers to the family in memory of Elizabeth Trefftzs, please visit our flower store.