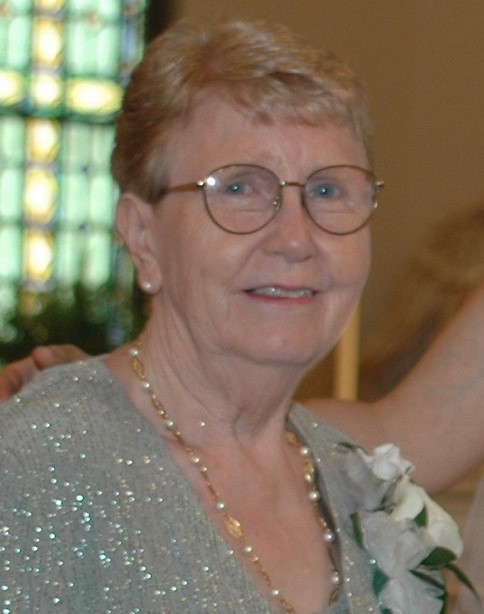 Elizabeth Ann (Somers) Hassell, age 81 of Mt. Vernon, died Monday April 22, 2019 at Deaconess Gateway Hospital. She was born October 15, 1937 in New Harmony to Joseph and Naomi (Majors) Somers. She married James H. Hassell on September 5, 1953 in Stewartsville and he preceded her in death on December 24, 2012.

Elizabeth along with her husband owned and operated Westside Laundry and Recycling in Mt. Vernon. Elizabeth also enjoyed baking and made pies for Hawg N Sauce restaurant.

The family would like to express our sincere thanks to Ben Fuller, for his kind, loving and compassionate care.

Graveside services will be held at Noon on Saturday, April 27, 2019 at Bellefontaine Cemetery. Visitation will be from 10 a.m. until time of service at the Stendeback Family Funeral Home at 1330 E. 4th St., Mt. Vernon. Memorial Contributions may be made to Riley's Children Hospital. Online Condolences may be left at stendebackfamilyfuneralhome.com

To order memorial trees or send flowers to the family in memory of Elizabeth Hassell, please visit our flower store.