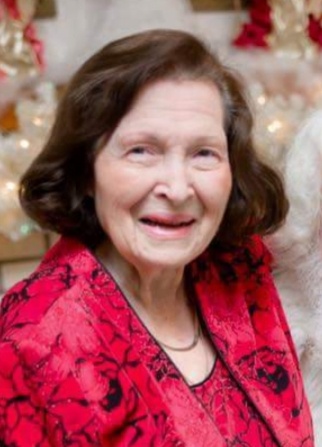 Dorothy's family is extremely saddened to announce her passing on September 10, 2018. She was 96 years old and a beloved mother, sister, grandmother and aunt.

Dorothy was the second daughter born to Wayne and Grace Martin. Her parents and an older sister, Helen, predecease her.

She was a grandmother to Lauren (Justin), Mark (Barbara), Taylor, MiKayla, Madison, Cody, Michael and Gabriella and aunt to Sheri, Carolyn and Eric.

The family and her many friends will miss her beautiful smile, engaging laugh and many gestures of kindness and thoughtfulness.

Dorothy grew up in Chicago and the city always remained her favorite  place in the world. She had vivid memories of being there through the Depression and the war years of World War II. She lived in Los Angeles for a short time during the war, but ultimately returned to Chicago and then Carmi. She spent most of her adult life in Carmi although her final years were spent at the Ford Home in New Harmony, Indiana.

Music was always her passion and it brought much joy and comfort to her life. She was a founding subscriber to the Evansville Philharmonic and she enjoyed her last concerts there with her granddaughter Lauren.

She studied voice at Northwestern University and as a young woman sang at Soldier's Field in Chicago with George Beverly Shea before a crowd of 90,000 people attending a Billy Graham Crusade. It was one of the highlights of her life. She continued her singing as an adult and led the Presbyterian Church Choir for many years.

She was most proud of her accomplishments as a mother, and had two little boys later in life. They led her on a merry chase for many years, but her love and guidance paid off as they have grown up to be fine men. She always put her daughter first during the years when she was a single parent, and showed unwavering love and support.

The family would like to extend its sincerest thanks to the Ford Home, the Southern Care hospice nurses and a particular thank-you to Kim Gates for exceptional care and concern.

It is hard to imagine the world without her, but she is resting in peace, after a life well lived. Godspeed Mom.

To order memorial trees or send flowers to the family in memory of Dorothy Staley, please visit our flower store.