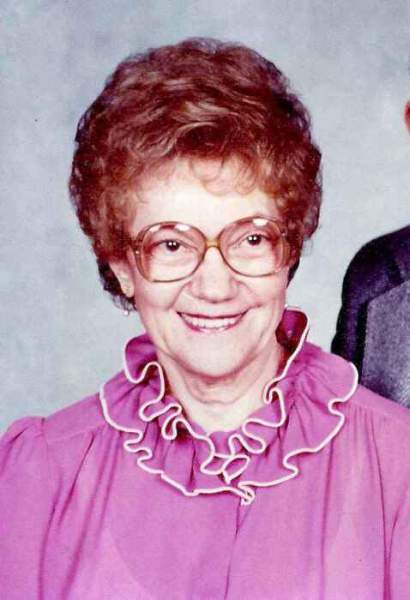 Doris Downen, 98 of Carmi, passed away Friday June 19, 2020 at Carmi Manor Nursing Home in Carmi. She was born September 29, 1921 in Crossville the daughter of Edgar E. and Nora Belle (Langford) Hughes. She was first married to W.F. Ridenour and later, Donald Downen, they both preceded her in death.

Doris had worked as a bookkeeper for the Carmi Times and The National Bank. She loved to travel to Florida and Hawaii. She loved her family. She was a member of The First Methodist Church of Carmi.

She is survived by her daughter, Belinda “Lindy” Brehmer; grandchildren, Heather Browning and Brooke Biggerstaff; great grandchildren, Vivien Browning, Lexus and Nicole Rodgers, and a great-great-grandchild, Jax Mercer; brothers, John and Norman Hughes, sister, Emilie Jackson. She was preceded in death by her brothers, Wayne, Glenn, Wilbur and Sammy and sister, Janet Armstrong.

Graveside memorial services will be announced at a later date. Online condolences may be left at stendebackfamilyfuneralhome.com. The Stendeback Family Funeral Home in Carmi is in charge of arrangements.

To order memorial trees or send flowers to the family in memory of Doris Downen, please visit our flower store.