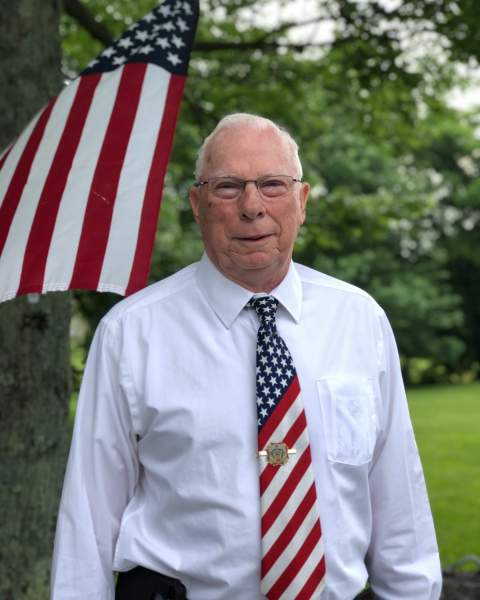 Donald R. Seitz, 80, of Carmi passed away on Thursday, November 10, 2022, at his home surrounded by his family and friends. He was born in Carmi on April 25, 1942 the son of Walter and Eva (Hutchcraft) Seitz. Donnie graduated from Carmi Township High School in 1960 where he had perfect attendance all 12 years of school. In 1964, Donnie was drafted into the United States Army and faithfully served his country during the Vietnam War. After being honorably discharged in January of 1966, he married Carolyn R. Clark on April 9, 1966.

Donnie began working for Ray Renshaw at the Massey-Ferguson Dealership in Carmi and later went to work for M&S Implement in Carmi. He retired in 2008 from Emerick Brothers John Deere in Norris City. He spent 42 years behind the part’s counter. Donnie continued working in retirement as he mowed yards and cut firewood.

Donnie was a faithful 80-year member of Emmanuel United Methodist Church and readily shared his love of God with others. Greeting church goers at the front door with a smile, a handshake or a hug gave him great joy.

He was a member of the Carmi VFW Post #3851 where he served on the funeral honors team since 2008. While on the team, he had the privilege to have heard Taps more than 700 times.

Donnie had a passion for 4-H, was a member of the Centerville Ripsnorters, and was actively involved for many years with White County 4-H and served on the Livestock Committee. He was inducted into the Illinois 4-H Hall of Fame in 2016.

Donnie loved the Carmi Bulldogs. Donnie and Carolyn’s first date was a Bulldog home game against Lawrenceville. The stars in their eyes prevented them from ever remembering if the Bulldog’s were victorious. Donnie and Carolyn were named “Most Valuable Fans” for 1996-97 season in McDougal-Evers Gym.

Funeral services for Donnie Seitz, 80, of Carmi will be held at 11:00 a.m., Monday, November 14, 2022, at Emmanuel United Methodist Church, 203 Edgewood Lane, in Carmi. Friends and family may visit from 5:00-8:00 p.m. on Sunday, November 13, 2022, at Emmanuel United Methodist Church and from 10:00 a.m. until service time on Monday with burial at White County Memorial Gardens where full military honors will be performed by the Carmi VFW and American Legion.

In lieu of flowers, memorial contributions may be made in Donnie's memory to Emmanuel United Methodist Church Debt Repayment Fund or the White County 4H Supportive Committee for the establishment of the Donnie Seitz Memorial Scholarship to be awarded to a White County 4-H Livestock exhibitor and will be accepted at Campbell Funeral Home in Carmi who is in charge of arrangements.

To order memorial trees or send flowers to the family in memory of Donnie Seitz, please visit our flower store.