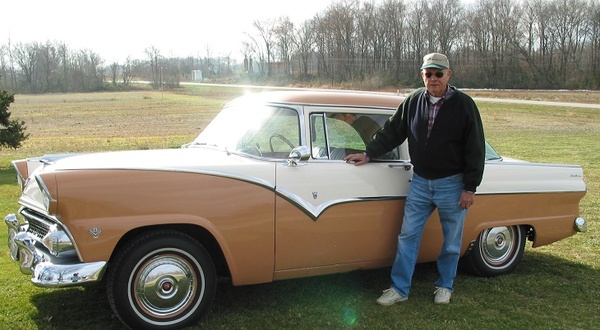 Donald Merritt Rauch, 87, of Carmi passed away on Sunday, December 13, 2020 at Deaconess Gateway Hospital in Newburgh, Indiana.  He was born on May 5, 1933 the son of Anthony and Bertha (Diemel) Rauch.  Donald married Clara Evelyn Huett on November 17, 1979 and she preceded him in death on April 24, 2016. Then he later married Carolyn (Campbell) Cleveland Hanks in January 2018 and she survives.  He proudly served in the United States Army during the Korean War.  Donald worked as a machinist at Mueller Company for over 40 years.  He was a member of McHenry Good News Chapel in Crossville.  Donald enjoyed playing the guitar at church, restoring classic cars and attending car shows.  He was a member of the Norris City American Legion.

Graveside services and burial will be held at 11:30 a.m. on Thursday December 17, 2020 at Powell Cemetery in Norris City, IL. with full Military rites provided by the Carmi VFW and American Legion. In lieu of flowers, contributions to Donald's memory can be made to a favorite charity and will be accepted at Campbell Funeral Home in Norris City, who is in charge of arrangements. In accordance with recommendations from the CDC and IDPH social distancing will be observed and masks will be required.

To order memorial trees or send flowers to the family in memory of Donald Rauch, please visit our flower store.