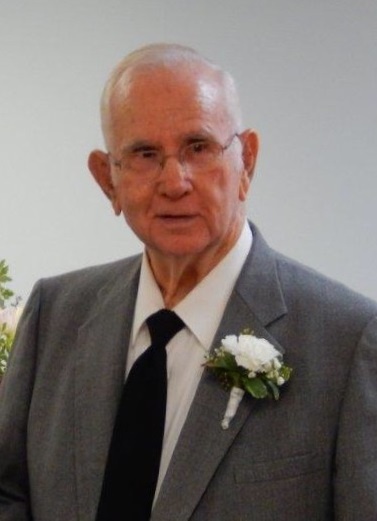 Donald Ray Niekamp, 84, of Carmi passed away at 4:30 a.m., Saturday, October 6, 2018 at Wabash Christian Village in Carmi.  He was born on January 16, 1934 in Carmi the son of George Edwin and Verna Irene (Caulkins) Niekamp.  Donald married Marion Miller on February 14, 1957.  Donald served his country in the U.S. Navy during the Korean War.  He had worked in the oil field and as a City of Carmi Police Officer.  Donald was a lifetime member of the International Union of Operating Engineers Local #318 where he helped with the construction of many Southern Illinois roads including the I-64/Grayville cloverleaf and rest area, IL-14 to New Harmony, and the Rend Lake Dam.  He was a member of Emmanuel United Methodist Church in Carmi and the Carmi American Legion Post #224.

Donald is survived by his wife of 61 years, Marion; two daughters, Kathryn (Phalos) Young of Wadesville, IN, Julia (Mark) Wetstein of Warren, OH; a son, George (Chris) Niekamp of Mt. Vernon, IN; a sister, Shirley (Russell) Fulkerson of Carmi; three grandchildren, Travis Young, Matthew Niekamp, and Marcie McCollum; and a great-grandson, Tanner Young.  He was preceded in death by a son, Keenan E. Niekamp on October 16, 1975; and a sister, Maxine Mitchell.

To order memorial trees or send flowers to the family in memory of Donald Niekamp, please visit our flower store.