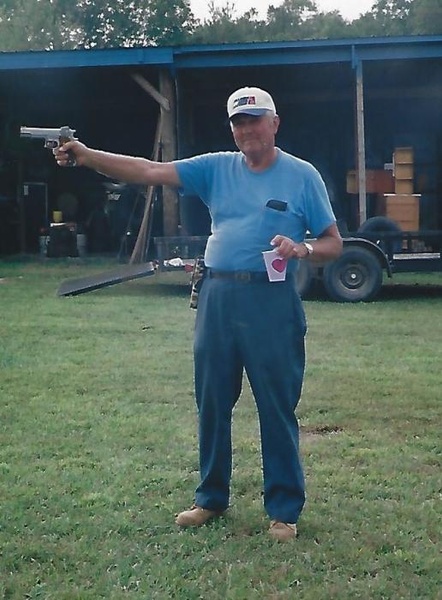 Donald R. Harrison, 82, of Norris City, passed away at 1:50 a.m., Tuesday, July 30, 2019 at the Linda E. White Hospice House in Evansville. He was born in Brownsville, IL on December 10, 1936 the son of George Wrin and Flossie Lucille (Phillips) Harrison. Donald married Ruth Marilyn Handley on February 26, 1955 and she preceded him in death on September 10, 1982.  He retired as a trailer mechanic with Alton Boxboard.  Donald was a member of the Teamsters Local #525 and the NRA.  He loved the outdoors and was a true outdoorsman where he enjoyed hunting, ATV riding and spending time up at his farm.

He was preceded in death by his parents, his wife, a brother, Kenneth Lee Harrison and granddaughter, Randi Lyn Ferrell.

To order memorial trees or send flowers to the family in memory of Donald Harrison, please visit our flower store.