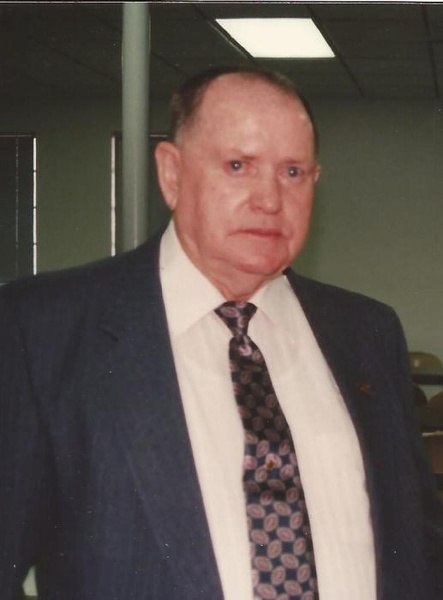 Donald L. “Pete” Hall, 96, of Carmi passed away at 10:10 am on Saturday, November 16, 2019 at Wabash Christian Village in Carmi. He was born in White County, IL on June 27, 1923 the son of William Berry and Lura M. (Conrod) Hall. Pete married Mae Raney on July 29, 1944 and she preceded him in death on May 27, 2008. He retired on January 1, 1984 as a Conservation Officer with the Illinois Department of Natural Resources. Pete loved family get togethers and spending time with his family. He loved to hunt, fish and traveling. Pete was a former Concord School Board member and member of Concord Methodist Church.

He was preceded in death by his parents, step-mother, Anna Hall; a son and daughter-in-law, Jim and Debbie Hall, a sister, Eloise Majors and three brothers, Henry, Kenneth and Bernard Hall.

Funeral services for Donald L. “Pete” Hall, 96, of Carmi will be held at 12:00 p.m. on Tuesday, November 19, 2019 at Campbell Funeral Home in Carmi. Burial will be in Big Prairie Cemetery in Carmi. Visitation will be held on Tuesday from 10:00 a.m. until service time at noon. Memorial contributions may be made in Pete’s memory to Concord Methodist Church and will be accepted at Campbell Funeral Home.

To order memorial trees or send flowers to the family in memory of Donald Hall, please visit our flower store.