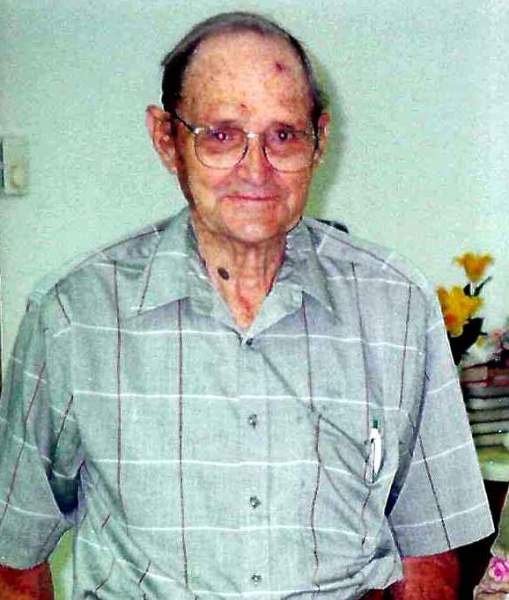 Donald C. Anderson 99 of Enfield, passed away Wednesday December 25, 2019 at Wabash Christian Village. He was born December 6, 1920 in White County, the son of James and Clara (Miller) Anderson. He married Mary B. Gwaltney on October 19, 1940 in Morganfield, KY.

Don was a lifelong farmer and member of the White County Farm Bureau. He was a WWII veteran of the United States Army. He loved to go camping and fishing..He was a member of the Enfield Christian Church.

He is survived by his wife of 79 years, Mary; sons, Joe (Janet) Anderson and Gary (Vickie) Anderson; daughter, Norma (Gene) Bowman; five grandchildren, Sixteen great-grandchildren and eight great-great-grandchildren. He was preceded in death by a brother James Anderson, Jr. and a granddaughter.

Funeral services will be held at 10:30 a.m. on Saturday December 28, 2019 at the Stendeback Family Funeral Home in Enfield with Braden Willis and Mike Fields officiating. Burial will be in Enfield Cemetery. Visitation will be from 5-8 p.m. on Friday at the funeral home. Military graveside rites will be conducted by the Carmi American Legion and V.F.W. Online condolences may be left at stendebackfamilyfuneralhome.com

To order memorial trees or send flowers to the family in memory of Donald Anderson, please visit our flower store.