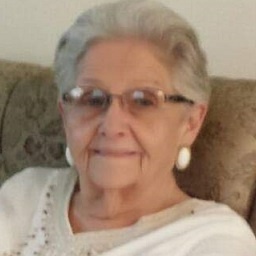 Dolores Elaine Bradshaw, 89, of Carmi, passed away on Monday January 11, 2021.  She was born on August 2, 1931, the daughter of Frank and Martha (Stahl) Vaught.  Dolores married Robert Owen Bradshaw on July 10, 1954 and he preceded her in death. She was a member of Ashland Christian Church. Dolores was also an avid reader and enjoyed spending time in the evenings at McDonald's visiting with friends.

Graveside services and burial for Dolores Elaine Bradshaw will be held at 1:00 p.m. on Saturday, January 16, 2021 at Kingdom Cemetery in Carmi.  In lieu of flowers, contributions can be made in Dolores' memory to Ashland Christian Church or The Carmi Public Library and will be accepted at Campbell Funeral Home in Carmi.  In accordance with CDC and IDPH regulations, social distancing will be observed and wearing masks will be required

To order memorial trees or send flowers to the family in memory of Dolores Bradshaw, please visit our flower store.