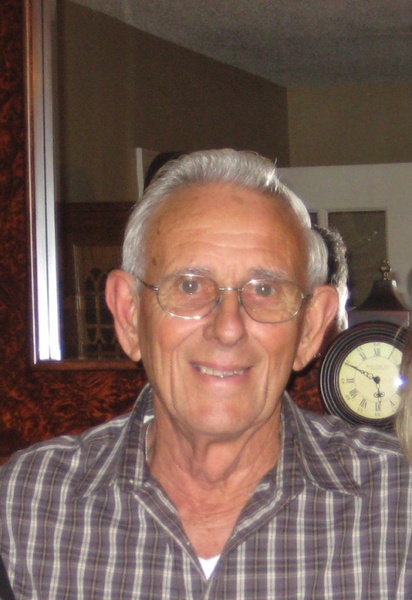 David E. "Dave" Jordan, 86, of Carmi passed away at 11:28 a.m., Monday, February 1, 2021 at his residence.  He was born in Carmi, IL on December 8, 1934 the son of Maxwell Eugene and Katie Marie (Rhein) Jordan.  Dave married Mary E. Acord on November 6, 1976.  He retired from Consumers Gas as superintendent and later operated Jordan's Backhoe Service with his son, Jimmy.  Dave was a member of New Beginnings Church of God where he played in the praise band.  He loved music and played with the Mar-Vels for over 30 years.

Funeral services for David E. "Dave" Jordan, 86, of Carmi will be held at 1:00 p.m., Thursday, February 4, 2021 at New Beginnings Church of God in Carmi.  Burial will be in North Maple Ridge Cemetery in Carmi.  Visitation will be held on Wednesday, February 3, 2021 from 4:00 p.m. until 7:00 p.m. at Campbell Funeral Home and on Thursday from noon until service time at the church. Memorial contributions may be made in Dave's memory to New Beginnings Church of God and will be accepted at Campbell Funeral Home.  In accordance with CDC and IDPH recommendations, social distancing will be observed and masks will be required.

To order memorial trees or send flowers to the family in memory of David Jordan, please visit our flower store.