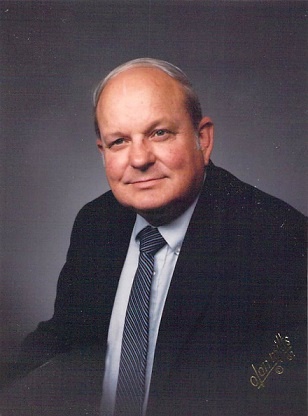 Darrell Dee Avers, 87, passed away at his home in Enfield, Illinois, on Sunday, January 16, 2022.  He was born on his Grandpa Avers' farm on March 28, 1934, just outside of Davenport, Nebraska.  Darrell married Majel Cooper on July 25, 1957 and she survives.  Darrell's father passed away when he was nine. He went to the University of Nebraska and was enrolled in the ROTC program and received his bachelors in Earth Science. After graduation, in 1957, he went into the Army.  Once in service, he was deployed  to Germany for four years.  While there, he and his wife had their first two girls.  After his service, he returned to college and received his masters in Geology.  He and Majel moved to Oklahoma City and then had their third daughter.  Darrell worked hard in the oil industry and went on to work independently.  He loved looking for oil and worked very hard to provide for his family.  He enjoyed spending time with family, watching Nebraska football, cooking on his "hootch", fishing, and driving his tractor.

Funeral services for Darrell Avers will be held Saturday, January 22, 2022 from at 11:00 a.m. in Davenport Methodist Church in Davenport, Nebraska. Family and Friends may visit from 10:00 a.m. until time of service.  In lieu of flowers, contributions can be made in Darrell's memory to the Darrell Avers Geology Lab Fund at the University of Nebraska Foundation, and will be accepted at the funeral homes. Stendeback Funeral Home in Enfield, Illinois and Urbauer Funeral Home in Davenport, Nebraska, have been entrusted with arrangements.

To order memorial trees or send flowers to the family in memory of Darrell Avers, please visit our flower store.