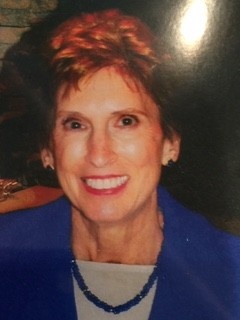 
Cynthia McCallister Crago, 80, of Houston, Texas, formerly of Carmi, passed away on March 8, 2020, at her home in Houston. She was born in Carmi, IL on June 6, 1939, the daughter of Dr. Ray Aldridge and Fon (Johnson) McCallister.

Cynthia married Don H. Crago on July 10, 1965 and he preceded her in death on December 8, 2006. She graduated from Carmi Township High School in the class of 1957 as the Co Valedictorian. She furthered her education at Indiana University where she earned her Bachelor degree in 1961 and her Masters degree in 1962 in music. Cynthia was a trained classical pianist who loved the classical arts. She had season tickets to the Symphony and the Opera and she frequently attended the ballet as well.

Cynthia was a world traveler. She loved to explore  and learn about different cultures and their customs. With the exception of Antarctica, she visited most countries on every continent in the world numerous times. She was scheduled to visit Spain and Portugal in April and Asia in September. She and Don lived in London for 9 1/2 years and in the Netherlands for 3 1/2 years. When they returned to the United States, they moved to Houston near Don’s place of employment. She was a member of the Methodist Church in Houston where she was extremely active as well as the Methodist Church in Carmi.

Due to the National COVID-19 Pandemic, funeral services were private, with burial in the Big Prairie Cemetery near Carmi. A service to celebrate Cynthia's life will be held at a later date.  In lieu of flowers, contributions may be made in Cynthia’s name to the Carmi First United Methodist Church and will be accepted by The Campbell Funeral Home, 609 W. Main St., Carmi, IL 62821 who is in charge of arrangements.

To order memorial trees or send flowers to the family in memory of Cynthia Crago, please visit our flower store.