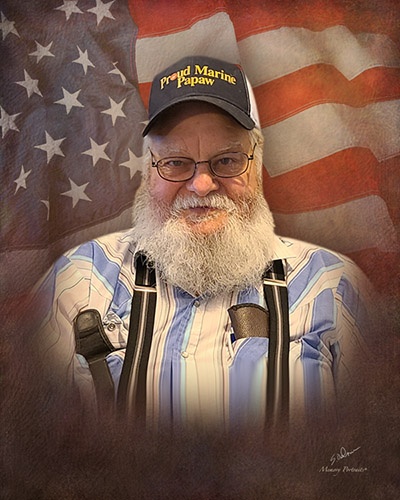 Charles E. "Chuck" "Charlie" Mick, 80, of Norris City passed away on Sunday November 22, 2020 at Deaconess Gateway Hospital in Newburgh, IN.  He was born on July 8, 1940,  the son of Charles Jack and Gladys (Hutchison) Mick. Charles faithfully served his Country by serving in the United States Navy. He joined on January 12, 1959 and retired on October 31, 1981. Following retirement, he worked as a truck driver and farm hand.  Charlie married Florene "Flo" Hutchison on May 24, 1986.  Charles worked as the White County Animal Control Officer and was a member of the American Legion and VFW where he served on the Honor Guard assisting with funeral details. He was also a member of the White County Coon Club as he had a love for dogs and Ditney Ridge Baptist Church in Norris City.

A private family memorial service for Charles E. Mick, 80, of Norris City will be held at Campbell Funeral Home in Norris City on Sunday, November 29, 2020 with full military rites by the Carmi American Legion and VFW. In lieu of flowers, contributions can be made in Charles' memory to Ditney Ridge Baptist Church or the White County Coon Club and will be accepted at Campbell Funeral Home in Norris City who is in charge of arrangements.  In accordance with CDC and IDPH recommendations social distancing will be observed and masks will be required.

Please click here to view the video tribute
To order memorial trees or send flowers to the family in memory of Charles Mick, please visit our flower store.