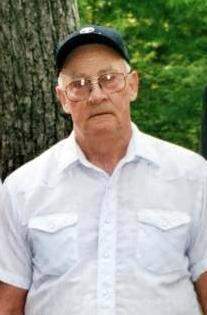 Carroll worked as a Driller in the Oil Field, having worked in many states including Illinois. He was a longtime member of Polk Lodge #137 in McLeansboro having served as Worshipful Master and Grand District Deputy. He also was a member of the Shrine. He served in the United States Army and was a member of the V.F.W.

He is survived by his sons, Ed (Michele) Newman and Tony (Ben Smith) Newman; daughters, Carol (Jimmy) Taylor and Jenny (Allen) Roe; eight grandchildren and three great-grandchildren; four brothers and two sisters. He was preceded in death by his parents, brothers and sisters and a grandson, Cody Renshaw..

Funeral services will be held at 1 p.m. on Thursday December 19, 2019 at the Stendeback Family Funeral Home in Carmi with burial in Little Zion Cemetery. Visitation will be from 11 a.m. until time of services on Thursday. Masonic Rites will be conducted at 12:45 p.m. on Thursday by Polk Lodge #137 of McLeansboro. Graveside Military Rites will be conducted by the Carmi American Legion and V.F.W. Online condolences may be left at stendebackfamilyfuneralhome.com

To order memorial trees or send flowers to the family in memory of Carroll Newman, please visit our flower store.