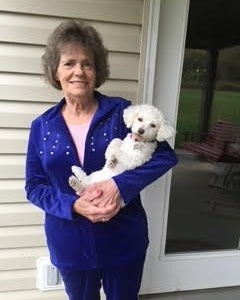 Carrie Jane (Browning) McInturff, 82, of Winfield, Missouri, passed away on Wednesday, October 5, 2022, at Troy Manor in Troy, Missouri. She was born on November 30, 1939, the daughter of Marion Charles and Iola Ruth (Elliott) Browning.  She married William Thomas Webb Sr. and he preceded her in death on February 27, 1996. Carrie later married Benjamin Watkins on February 5, 2001, and he also preceded her in death on November 21, 2005.

Funeral services for Carrie McInturff will be private with burial in Kuykendall Cemetery in Carmi, Illinois. Campbell Funeral Home in Carmi is in charge of arrangements.

To order memorial trees or send flowers to the family in memory of Carrie Jane McInturff, please visit our flower store.