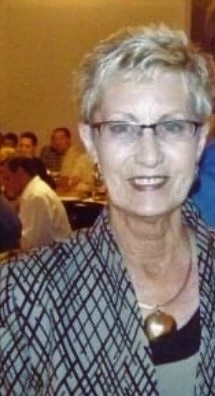 Carolyn Vaupel, 82 of Carmi passed away at 3:25 AM Sunday, February 14, 2021 with her family at her side in Carmi. She was born on July 17, 1938 in Joppa, IL. She was the daughter of Rev. Walter and Daisy (Bolen) Fagan. Carolyn married Lowell Vaupel on June 1, 1956 and he survives. She had previously worked as a sales associate at Sears Roebuck Company then served several years as a customer representative for two local Carmi denture firms until her retirement.

She attended Kingdom Baptist Church in Carmi, Carolyn loved meeting and getting to know people. She didn’t ever meet a stranger. She would make a lasting impact on everyone she met. Carolyn was known for her spunk, style and tenacity. She was very talented at the piano and shared her love of music with her friends and family. Carolyn enjoyed playing cards, shopping and most importantly spending time with her family, grandchildren and great grandchildren. Her husband and love of her life, Lowell, raised 5 children and instilled values that continue to be passed down to their grandchildren and great grandchildren for generations to come.

A celebration of life for Carolyn Vaupel, will be held Wednesday, February 17, 2021 with Visitation from 10:00 am until 12:00 pm with funeral services to follow at First Baptist Church in Carmi. Memorial contributions can be made to White County Ambulance Service and Hospice of Southern Illinois and will be accepted at Campbell Funeral Home in Carmi who is in charge of arrangements.

To order memorial trees or send flowers to the family in memory of Carolyn Vaupel, please visit our flower store.