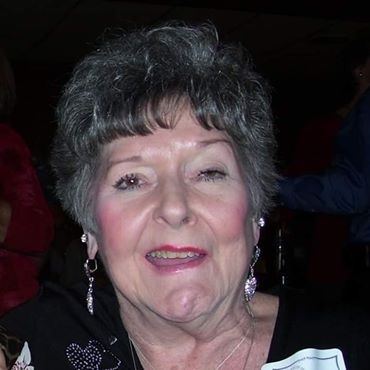 Carolyn R. Rider, 77, of Haughton, LA passed away at 6:15 a.m., Tuesday, April 7, 2020 at Pilgrim Manor in Bossier City, LA.  She was born on April 22, 1942 in Evansville, IN the daughter of Kenneth Charles and Eleanor Kathleen (York) Woolsey.  Carolyn married Frederick Ronald Rider on July 6, 1974 and he preceded her in death on April 3, 1996.  She was a loving and supporting wife of Ronnie (Red Rider) while he served in the United State Air Force. When she was younger, Carolyn became a member of Concord United Methodist Church.  She graduated from Carmi Township High School in 1960 and when on and graduated from Lockyear Business College.

A memorial Service For Carolyn Rider will be held at 11:00 a.m. Saturday June 27, 2020 at Campbell Funeral Home in Carmi with burial at Union Ridge Cemetery near Norris City. In lieu of flowers, the family asks for donations to be made to Habitat for Humanity, www.habitat.org, Diamonds in the Ruff CSRA Inc. dba Kitty Konnection (http://kittykonnection.org/donate/ or Foundation Fighting Blindness, https://donate.fightingblindness.org/webdonation . Due to the national COVID-19 crisis, please visit www.campbellfuneralservices.com to sign the guest book, leave a condolence or pledge a donation in Carolyn's memory. Cards and expressions of sympathy may be sent in care of Campbell Funeral Home, 609 W. Main St., Carmi, IL 62821 who is in charge of arrangements.

To order memorial trees or send flowers to the family in memory of Carolyn Rider, please visit our flower store.