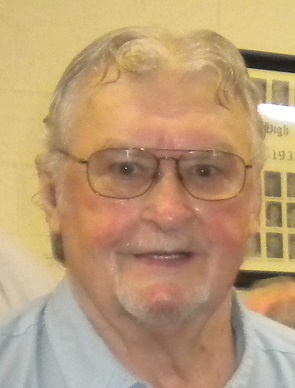 Carl Dean Johnson, 89, of Middletown, Ohio, passed away on  Sunday, October 31, 2021 at Atrium Medical Center in Middletown, Ohio.  He was born on December 22, 1931, the son of Carl T. and Vada Ruth (Green) Johnson.  Carl married Velma L. Vickers on August 5, 1967, and she preceded him in death on July 8, 2009.  He proudly served his country in the United States Navy and was a member of the American Legion.  Carl worked for Mobile Oil and Texas Eastern for many years until he finally returned to Illinois to fulfil his passion of  pig farming and handy work, a job that he loved. He later reunited with his first wife, Melba (Coffman) Ballard at a Norris City class reunion, which brought him back to Middletown, Ohio.

Carl is survived by his children,  Linda (Steve) Griffith of Middletown, OH and Larry (Mary) Johnson of Sarasota FL.; Step-children, Jean Ann (Kenny) Blake of Henderson, KY, Vicky Rowe of Fairview Heights, IL, and Linda (Mike) Riley of Grayville, IL; grandchildren, Lori Griffith, Carla Johnson, and Curt Johnson; along with many great-grandchildren and great-great grandchildren.  He is preceded in death by his wife; his parents; a grandchild, Harley Griffith; and siblings, Doris Pleasant and Correne Sempsrott.

To order memorial trees or send flowers to the family in memory of Carl Johnson, please visit our flower store.