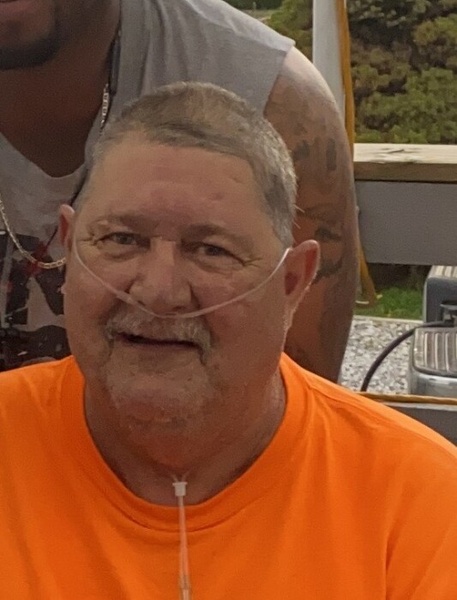 Charles Bruce "Catfish" Garrett, 62, of Carmi, passed away on Monday April 19, 2021.  He was born on August 17, 1958, the son of Jessie "Dugie" and Helen Elizabeth (Boatright) Garrett.  Bruce graduated from Enfield High School in 1976.  He worked in farming and the timber industry. Bruce enjoyed fishing, hunting, camping, gardening, going to rummage sales and most of all, spending time with his kids and grandkids.

He is survived by a daughter, Autum Garrett of Colorado Springs, CO.; his son Jesse (Jamee) Enlow of Broughton, IL..; his siblings, J.D (Cathy) Garrett, of Carmi, IL. and Barbara (Paul) Galiher of Fairfield, IL.; and four grandchildren, Ryiah, Xavion, Zayden, and Tre. He is preceded in death by his parents.

Funeral services for Bruce Garrett will be held at 7:00 p.m. on Thursday, April 22, 2021 at  Stendeback Funeral Home in Enfield.  Family and Friends may visit from 5 p.m. until time of service.  In lieu of flowers, contributions can be made in Bruce's memory for funeral expenses and will  be accepted at Stendeback Funeral Home in Enfield, who is in charge of arrangements.

To order memorial trees or send flowers to the family in memory of Bruce Garrett, please visit our flower store.