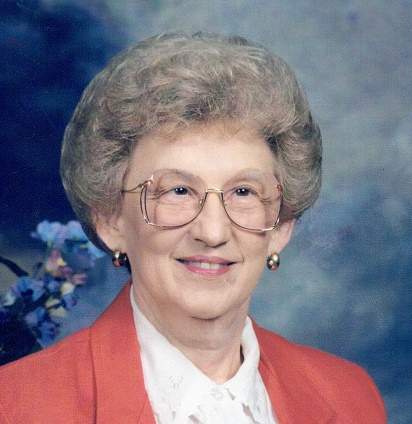 Betty Lou (Savage) Blackford, 87, of Carmi, passed away on Thursday, January 7, 2021 at Carmi Manor Rehabilitation and Nursing. She was born on January 11, 1933, the daughter of Harry and Bertha (Heil) Savage.  Betty married James Edward Blackford on March 26, 1955, and he preceded her in death on February 9, 1977. She worked as a Pharmacy Technician at Paul's Pharmacy for many years. Betty was a member of Stewart Street Baptist Church in Carmi.

Betty is survived by her son Mike (Phyllis) Blackford of Salem, IL.; her daugher Beth Ann (Scott) Conner of Carmi, IL.; a brother, Ronald (Linda) Savage of Carmi, IL.; one sister, Donna Neal of Evansville, IN.; four grandchildren, Jeremy and Jason Blackford, and Alexis and Bryce Conner; and six great-grandchildren, Kaylee, Hayden, Dylan and Jaxson and Gabriel and Roslyn. She is also survived by her caretakers at Carmi Manor, who were like her extended family and whom she loved.  She is preceded in death by her parents; her husband, James Edward Blackford; two brothers, Owen and Jack Savage; and one sister, Thelma Fulkerson.

Funeral services for Betty Lou (Savage) Blackford, will be held at 2:00 p.m, on January 9, 2021 at Campbell Funeral Home in Carmi.  Friends and family may visit from 1:00 p.m. until time of service.  In lieu of flowers, contributions can be made in Betty's memory to Carmi Manor and will be accepted at Campbell Funeral Home in Carmi, who is in charge of arrangements. In accordance with CDC and IDPH social distancing will be observed and wearing masks will be a requirement.

To order memorial trees or send flowers to the family in memory of Betty Blackford, please visit our flower store.