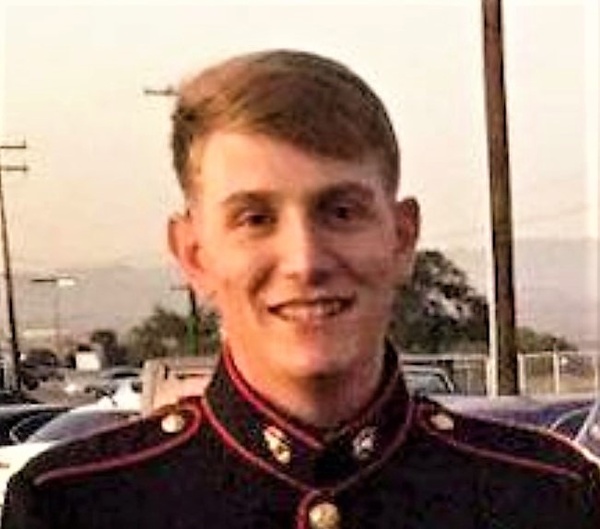 Benjamin Wesley Stallings, 22 of Mt. Vernon passed away at his home on Wednesday July 4th, 2018.

Ben was born June 4th, 1996 in Evansville, Indiana to Anthony and Susan (Barnhart) Stallings. Ben graduated from Mt. Vernon High School and then enlisted in the United States Marine Corps. He served both overseas and domestic  before returning home. Ben enjoyed playing and watching sports. He played football both in JR. and Sr. High School.

Ben is survived by his parents, Anthony Stallings of Mt. Vernon and Susan Stallings of Wadesville; sister, Jessica Stallings of Evansville; Grandparents, James and Charlotte Barnhart of Columbus IN; Close friends that were considered family to Ben; an Aunt and Uncle. He was preceded in death by Grandmother, Alice Stallings.

A visitation will be held Stendeback Family Funeral Home on Saturday, July 7th from 4:00 to 7:00 p.m. Military rites by Owen Dunn Post #5 will be conducted at 3:45 p.m on Saturday. A private burial will be held at a later date.

In lieu of flowers, memorial contributions can be made to the funeral home to help defray funeral costs.

To order memorial trees or send flowers to the family in memory of Benjamin Stallings, please visit our flower store.