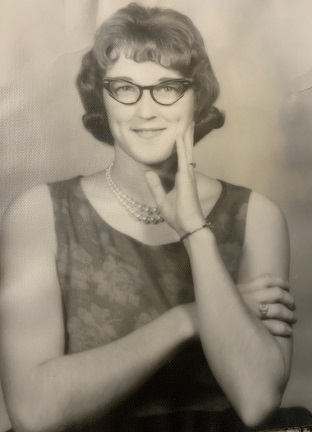 Anna Louise (Overfield) Wilson, 78, of Phillipstown, passed away on Wendesday April 14, 2021 at Wabash Christian Village in Carmi.  She was born in Union County, Kentucky  on December 10, 1942, the daughter of Kenneth and Mildred Overfield.  Louise married  Kenneth "Whip" Wilson on April 10, 1972, and he survives. She worked as a Pharmacy Tech at Walmart for many years.  Louise was very active in the American Legion Auxiliary.  She enjoyed working in her yard, riding motorcycles, and playing shuffleboard.

Louise is survived by her husband, Kenneth "Whip" Wilson of Phillipstown, IL.; two Sisters-in-law, Helen (Barry) Girten of Crossville, IL., and Zona Overfield of Waverly, KY.; and numerous cousins, nieces and nephews. She is preceded in death by her parents; and her brother, Leroy Overfield.

Funeral services for Louise Wilson will be held at 12:00 p.m. on Saturday, April 17, 2021 at Campbell Funeral Home in Carmi with burial at Phillipstown Cemetery.  Family and friends may visit from 10 a.m. until service time.  Contributions can be made in Louise's memory to Crossville United Methodist Church and will be accepted at Campbell Funeral Home in Carmi, who is in charge of arrangements.

To order memorial trees or send flowers to the family in memory of Anna Wilson, please visit our flower store.