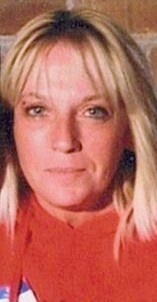 
Angela Jean (Osborne) Howard, 54, of Cave-In-Rock passed away on Thursday October 8, 2020 at Deaconess Midtown Hospital in Evansville Indiana.  She was born on April 29, 1966 the daughter of Arthur and Grace (Vales) Osborne.   Angela loved planting flowers, being around animals and laughing and telling jokes with others.

Graveside services for Angela Jean Howard will be held at 1:00 p.m. on Wednesday, October 14, 2020 in Bruce Chapel Cemetery in Carmi.  In lieu of flowers, memorial contributions may be made in Angela's memory to Campbell Funeral Home to assist the family with funeral expenses. Campbell Funeral Home in Carmi is in charge of arrangements.

To order memorial trees or send flowers to the family in memory of Angela Howard, please visit our flower store.