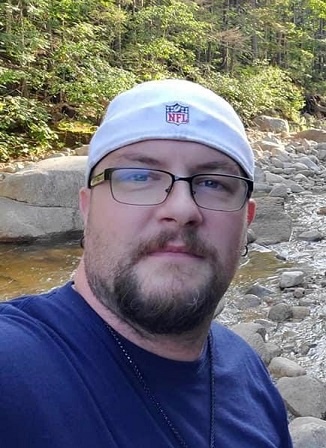 Andrew Michael Lindley, 38, of Hamlet, Indiana, passed away on March 3, 2022. He was born on November 25, 1983, the son of James Alan Lindley and Heidi Ann (Maro) Tharp.  Andrew was a 2002 White County High School graduate. While in high school, he participated in Drama Club, which he enjoyed very much.  He married Paula Tyser on August 20, 2006.  Andrew worked as a Sales Rep. He enjoyed motorcycle riding and hanging out with friends.

Andrew is survived by his wife Paula Lindley of Hamlet, IN; his father and step-mother, Jim and Penny Lindley of Carmi, IL; his children; Aubrey Spicer, Hanna Lindley, Noah Lindley and Olivia Lindley; his grand mother, Mary Lindley of Alabama; and siblings, Laura Tharp of Florida, Joey Tharp of Georgia and Terah Gilpin of Ohio.  He is preceded in death by his mother, Heidi Ann Tharp;and grandparents, Bill Lindley and Sharon Benn.

A private service for Andrew Lindley, will be held on Friday, March 11, 2022.  Family and friends may visit from 5:00 p.m. until 8:00 p.m, on Thursday March 10, 2022 at Stendeback Funeral Home in Carmi. In lieu of flowers, contributions may be made in Andrew's memory to the family to aid in the future needs of his children, and will be accepted at Stendeback Funeral Home who is in charge of arrangements.

To order memorial trees or send flowers to the family in memory of Andrew Lindley, please visit our flower store.