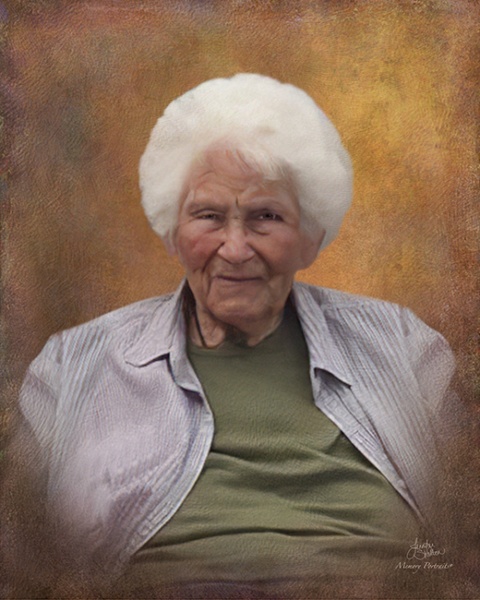 Almetha "Bud" Weirauch, 97, of Norris City, passed away on Monday, December 21, 2020 at Wabash Christian Village in Carmi, Illinois. She was born on February 27, 1923,   the daughter of Clyde and Maud (Martin) Austin. She  married William Weirauch on November 11, 1943, and he preceded her in death on April 21, 1995.  Almetha, or Granny Bud as she was called by many, was a homemaker and a 4-H leader for many years.  She had a lot of interests and hobbies.  Almetha loved traveling and camping.  Working in her yard was a favorite past time also.  She loved reading, crafting, quilting, and was an excellent seamstress.  Baking was another favorite and she collected many cookbooks.  Being with grandchildren and great grandchildren was something she especially loved.  Almetha had attended First United Methodist Church in Norris City.

Private graveside services and burial for Almetha "Bud" Weirauch will be held at Walnut Grove Cemetery in Carmi IL.  In lieu of flowers, contributions can be made in  Almetha's memory to Wabash Christian Village or charity of donors choice and will be accepted at Campbell Funeral Home in Norris City who is in charge of arrangements.

To order memorial trees or send flowers to the family in memory of Almetha Weirauch, please visit our flower store.